In DREAMS of the DEAD, we are trying to capture some magic. The kind of magic that reveals the meaning hidden within the objects and places that surround us. Magic that makes us feel like every moment of our own histories is simultaneously present — that nothing that we love can ever really be lost. 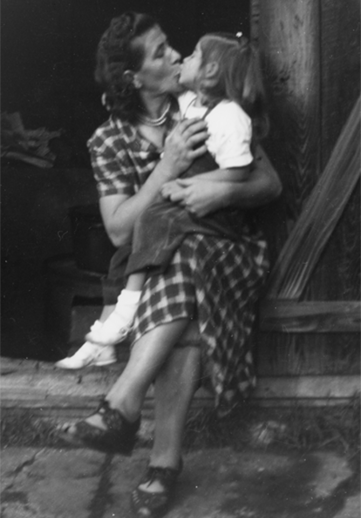 This film began with a box of negatives that my co-director Franco and I found in 1986, when we moved into the house that my grandparents, Baka and Dido, had lived in since immigrating from Croatia. The negatives yielded hundreds of photos dating back as far as 1938 – most of which I had never seen before. They were taken on a Brownie camera, primarily by Baka, and they captured our family’s life on a two-acre farm in a Vancouver suburb. When I was a child, the farm had always seemed a magical place outside of time. Baka and Dido kept sheep; they had a wine press and a smoke shack. Laundry was done on a ringer washer. The attic was full of gowns and crinolines from the 1950s, and in the fields surrounding the house, I could travel to the moon, be a bank robber, or interact with fairies. Or just sit in the cherry tree and sing Partridge Family songs.

When I was in my early 20s, Baka died suddenly and traumatically. She fell down her stairs and fractured her skull in multiple places. Her death presaged another loss – the loss of the farm. Suburban development had been circling the property for years, but our family wasn’t ready to sell. Franco and I moved into the house, and my connection to the place continued. However, eventually the farm was sold and the house slated for demolition. The idea of losing the house and farm was daunting. The house was a repository for the memories of all who had grown up there – not just me, but my mom, my uncle, and my cousins. It was a portal to the past for all of us. Franco and I decided to film the demolition.

The 16mm demolition footage and the photographs found in the house have formed the basis for the short film that Franco and I have put together now, years after Baka’s death. The third element of the film is a series of vivid dreams about Baka I had after her death, which had a deep impact on my grief process. We’ve interwoven these elements to tell a story that explores the resonance of the places and objects left behind in the wake of death, and acknowledges how our deepest attachments must inevitably surrender to the transience of all things.

DREAMS OF THE DEAD has allowed us to think deeply about the experience of loss. We hope that audiences will enjoy being part of this very personal exploration.

Marlene works as a writer, story editor, and producer on feature film, documentary and factual television productions. She has worked as a development executive in feature film, and as an instructor of screenwriting at institutions across Canada including the NSI, the Canadian Film Centre and SFU’s School of the Contemporary Arts. Among her credits, she wrote and produced the award-winning dramatic short FOXY LADY, WILD CHERRY, which premiered at TIFF and sold in multiple territories. DREAMS of the DEAD is her first film as a director. 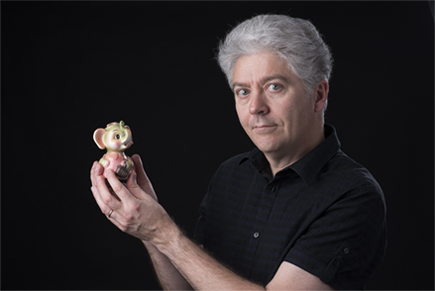 Franco Pante is an award-winning editor and filmmaker who has worked on features, dramatic series, documentaries and shorts, including the CTV television feature ELIJAH and the series ARCTIC AIR.  He previously directed the documentary BLOOD MAKES THE GRASS GROW about conscientious objectors during the Gulf War, which was broadcast in Canada and the US, and widely distributed in the educational market.

Cinematographer Paul Guenette was there at the beginning.  He spent five days at the farm, documenting the place – and then its demolition.   Paul has spent many years in the camera department on countless productions.

Cinematographer Goran Basarić came aboard in the final phase of production, to help us create the surreal dream sequences and visuals throughout the film. Goran has worked extensively in film and television and also has an accomplished body of work as a still photographer. Like many of our collaborators, Goran is from the former Yugoslavia.

Cinematographer Chino Saavedra joined us to assist on dream shoots, and then took on the role of DP for the “Bakery Dream.”  Chino, originally from Spain, is a filmmaker, editor and compositor.

Composer Daniel J.K. Ross created an ambitious and rich score for DREAMS OF THE DEAD that evokes the complex emotions explored in the story.  Dan is a composer, musician and music producer with a long list of credits in feature film and television.

Animator Branko Teslić and artist Branka Bakarić live in Zageb and Toronto.  They worked with Marlene and Franco, brainstorming and conceptualizing the visual approach to the dream sequences.

VFX Artist Janez Ferlan was instrumental in refining the animation throughout the film, including the magical dream sequences that are at the core of DREAMS OF THE DEAD. He is a partner in Iridium Film and Jatko.