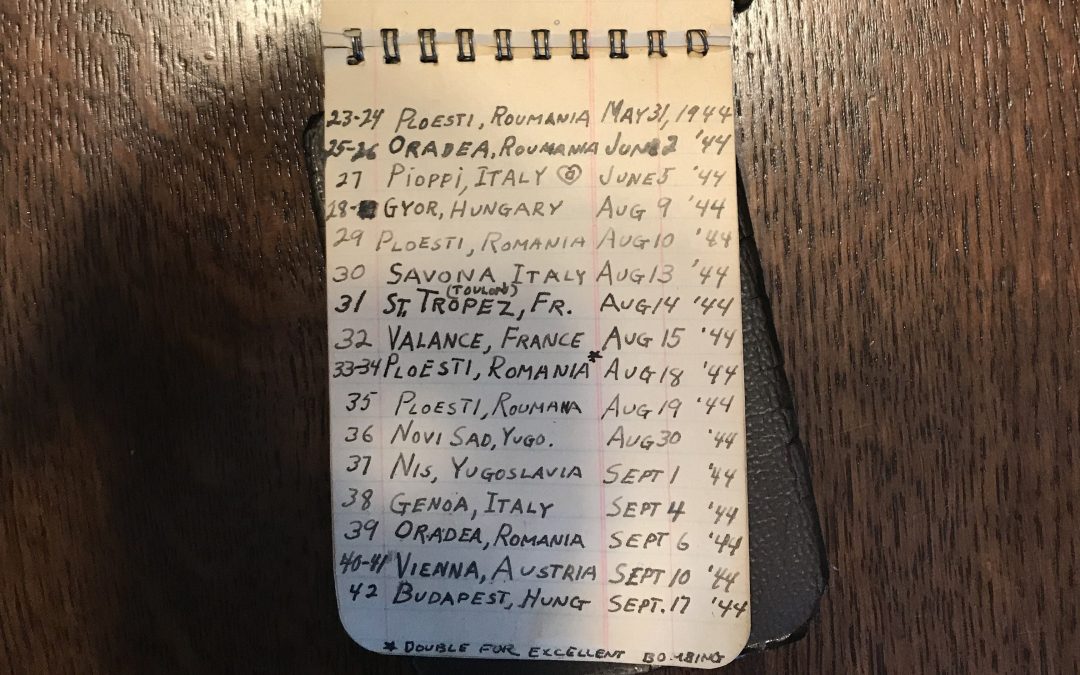 After a house fire a few years ago I thought I’d lost the one thing I’d inherited from my father, a tiny notebook that recorded the bombing raids he flew as a navigator in WWII. This notebook inspired a film I made in 1994 about the myths we create about our families and the places they come from. Last year, sorting through old photos as my mother was moving to a new care home, I found the original version of the list on the back pages of an old address book. My father bombed Genoa, Vienna, Bucharest, Munich, Avignon, San Tropez — places he only ever saw from far above.

« Previous Story Next Story »
Return to All Memories