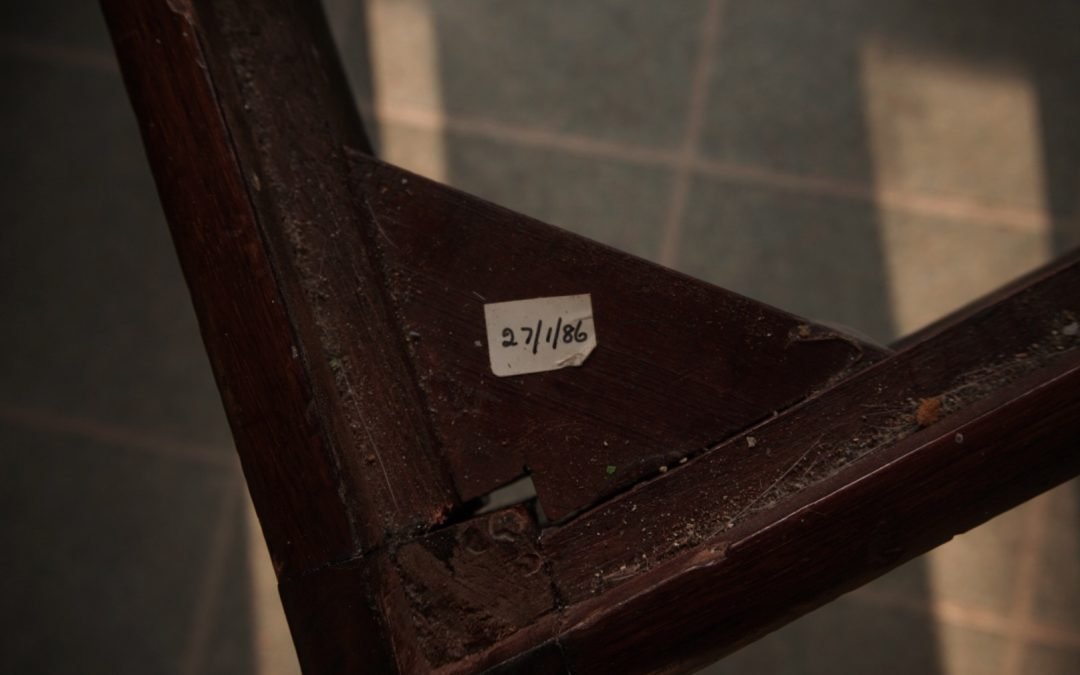 My mother kept a clean house, even after she died, suddenly, from a massive stroke. Luckily for my father, left alone in the house to take care of himself, spare bedding was neatly folded, ironed, and stacked in the linen cupboard beside the water heater, each item individually wrapped in a heavy plastic bag, sealed with sticky tape, and bearing — my mother’s haunting touch of genius — a self‑adhesive label pointing out the date each item had last been washed.

So when I arrived, bewildered, jet‑lagged, and grief‑struck, I was able to find exactly the right combination of thoughtfully itemized bedding, while my father could sit red‑eyed and weepy beside her empty chair in the living room.  I took the dust sheets off the furniture in the bedroom I had used far less often than she would have liked and made up my bed with a matched set of fresh sheets, crisp pillowcases, and clean blankets.

She was still there then, only a few days dead, hovering in the convergence of plastic, sticky tape, and labels, directing the show, organizing us.  During her life, the habit became something of a compulsion. She threw away nothing that could ever be used again for anything, no matter how inconvenient, ugly, or unsuitable. Empty margarine tubs would reappear under plant pots to catch the water; the lids of yoghurt containers or coffee tins would make triumphant comebacks, gaily transformed into handy drink coasters by the simple application of tartan mac‑tack; any wool left over from the sweaters and scarves under perpetual construction was immediately knitted into small squares, the squares sewn into blankets, and the blankets wrapped in plastic bags, dated, labeled, and sent to the Children In Africa.

And she was still there, seven years later, when I took another of those dreadful transatlantic flights.  This time, my father was in Intensive Care, sporting a colostomy bag, heavily sedated, half‑gutted, and greatly reduced in himself.

I found myself alone, I thought, in my father’s empty house, except my mother was there again, a phantom in the linen cupboard, asserted by her neat and rounded girl’s boarding‑school script.  She was still the ghost in the machine of household tasks, those small renewals and re-orderings that sustain us, leave us free for the vast and dirty business of living.

The bedding was ready, last washed well over seven years before, but still fresh and well wrapped. As each seal was broken, my mother disintegrated a little further.  My niece, who had picked me up at the airport, remarked on each label, in baffled awe of so dedicated an engagement with entropy.   All those hours spent on keeping a clean house; all those thousands of hours spent folding and ironing, as if the forces of disorder were ever massed outdoors, pacing and snarling in the raspberry canes, waiting for an unfinished task, for the defenses to come down.

She kept those spectres of anarchy away as best she could, their reality scarred into her being by the stalking horror of having lived in the midst of global warfare.  When your experience of life includes such terrors, then you had better know where your life jacket is, you had better be prepared, you had better have the blankets ready, be on guard — for the cataclysm, the earthquake, the explosion, the flood or famine, the sound of the air raid sirens, the thunder of invisible bombers, cancer, a stroke, or perhaps even the discovery that there is another woman in your husband’s life.

She was real, that Other Woman, and I have learned that she was there for over twenty years, her solid shadow falling across the needlework no matter how big a bulb my mother put in the standard lamp above my father’s empty chair.  Now I am drawn back in time to watch my mother, alone in the house night after night, and I am forced to watch her turning up the radio to cover the sound of nails tapping at the window; I am beside her as she spends her days alone, wiping, dusting, scrubbing and polishing. I see her as she finds a plastic bag, one of the ones she never threw away, and wraps up the coffee pot or glassware, or the napkin ring, writes out the label, seals the bag, and packs it away. Then day after day, she freezes and dates the leftovers from all those uneaten dinners because my father had been late home from work  (Beef Stew 03/02/87; Shepherd’s Pie 25/10/88; Strawberry and Apple Pie 07/03/89), as well as the peas, raspberries, and broad beans gathered from the garden in the last summer of her life ; then she can reline all the drawers and the cupboards (paper, thumbtacks, and a dated label);  take the leftover fabric from the curtains she just gathered and sew it into a matching bedspread, make new lampshades out of pressed flowers and clear plastic, even reupholster the dining room chairs, until every thing is marked, accounted for, and controlled.  I hover, invisible by her side, because we have reached the point where all there is left to do is to find one bag big enough to cover the whole house and all the rest of us in it and a write out a label that says, like all the other labels: “This is my house, these are my children, and this is my husband.  I will never leave.”

I am like her now, writing this, keeping disorder at bay in my own way; telling a story; putting a little more design into the chaos of my own experience.  I am still breaking the seals today, on a package of my schoolwork; on a christening present from a long-dead godfather, a silver napkin ring engraved with my initials, cherished, wrapped in a small plastic bag and lovingly labeled with the date of its last polish.

Each seal broken is another breach with the past; but it is also another chance to remember her, touch what she touched, thank her for all her work.  And as each seal is broken, I imagine another small release for her, because her work is almost finished; soon, none of this will matter, and it’s long past the time for her to rest.