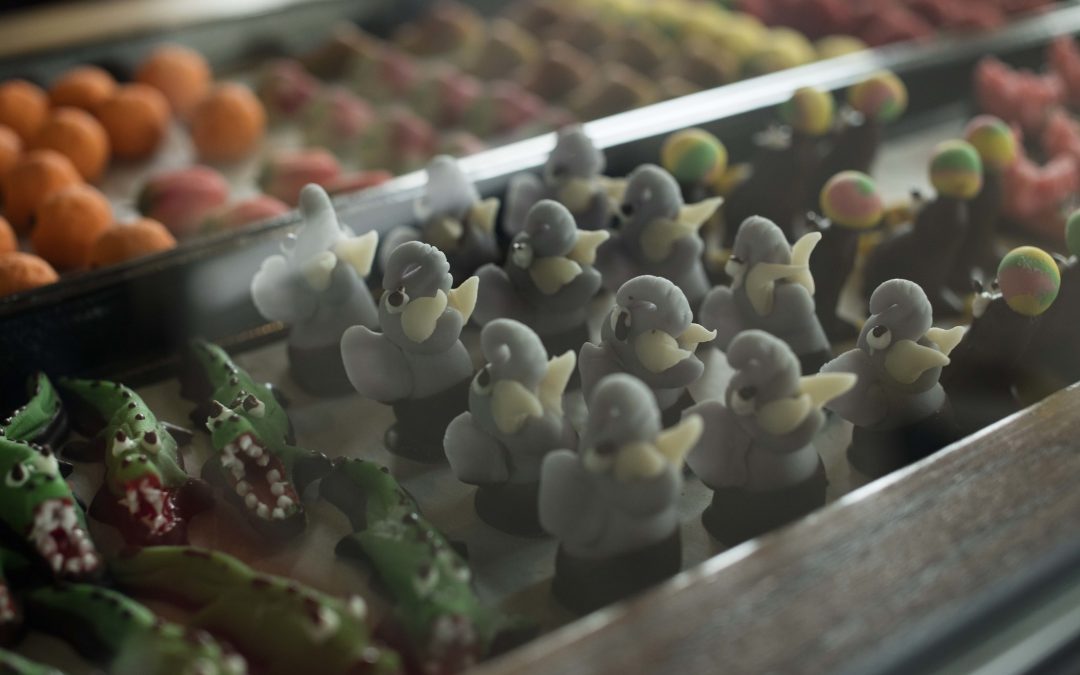 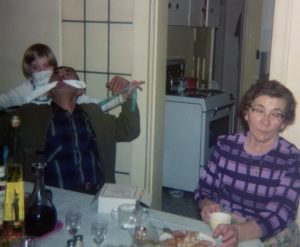 Note the Bon Ton box that sits on the table while I “kidnap” my grandfather, Dido. Baka is not impressed.

All my life, the Bon Ton Bakery has been part of our family gatherings.  My grandmother, Baka, loved their cookies and cakes, and the biscotti, which she called “toasties.”

One of the striking dreams I had about Baka after her death was set at a bakery.  In the actual dream, this was an unrecognizable location, a bakery that doesn’t exist.  But when it came time to film the dream, I knew that I wanted to shoot it at the Bon Ton. 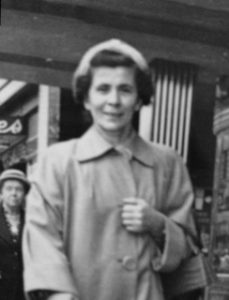 Baka on Granville Street, in a Foncie street photo. No doubt on her way to the Bon Ton.

When I was growing up, the Bon Ton was on Granville Street, in the Commodore Buiding,where it had been since the owners Oreste and Agnes Notte moved the business to Vancouver from Victoria in the 1930s.  In the early 2000s, the Bon Ton relocated to Broadway.  The first time I visited the new location, I was struck by the fact that the owners had chosen not to update the branding and atmosphere.  They had, in fact, almost exactly recreated the layout, colour palette and decor of the original Granville Street shop.  I loved it!  The replication of the place erased the passage of time, and took me back to my childhood when a trip to downtown inevitably included the purchase of a marzipan animal at the Bon Ton. 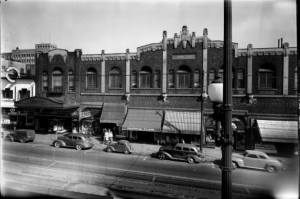 When we approached co-owner Alain Notte about shooting at the Bon Ton, he was supportive and we visited to scout the location and see how we would shoot the dream sequence.  Our friends and collaborators, Branko Teslic and Branka Bakaric came with us, and Branko stood in for Baka in some test photos.  For a long time in our edit, his image was the temp we were looking at for the shot of Baka at the bakery.

Eventually we went back to shoot the scene.  My mom was our stand-in for Baka – and she also plays herself in the scene.  It was a lovely opportunity to be behind the scenes at the Bon Ton, and co-owner Giovanni Bizzuti graciously hosted us, helping us to dress the window of the bakery just as we wished, with the glorious and colourful pastries that are so well-loved in Vancouver.   At the end of our shoot, we came home with many Bon Ton treats to enjoy with our crew at lunch.  We couldn’t have asked for a more fitting and emotionally gratifying place to shoot our “bakery dream.”  Thank you Alain and Giovanni, and the Bon Ton! 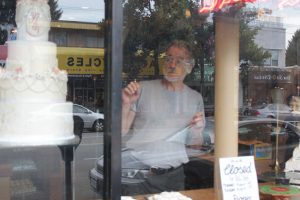 Evolution of the dream realization: Location scout with Branko Teslic standing in for Baka. And doing some fine acting! 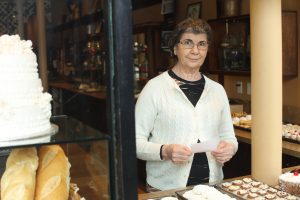 The day of the shoot, my mom, Mary Rodgers, wore Baka’s dress and sweater which we had saved. 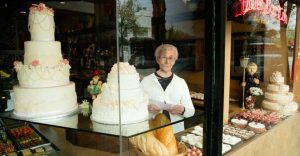 A still from the “bakery dream.” Baka appears through the magic of VFX. Thank you to our VFX artist, Janez Ferlan!